Role of youth in national development 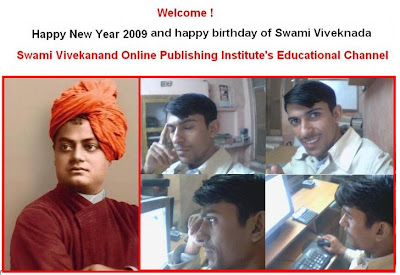 Important Note : Next Week 12 Jan 2009 , We will celebrate birth day of Swami Vivekananda in the form of national youth day.

Because of I have earlier written on the topic role of youth in national integration and role of youth in nation . Today , I am trying to write role of youth in national development ( Special indian development ) .
India is a country in which has the largest population of young people in the world . According to census there are 64 crores of youth between the age of 13-35 . The projected figure is 70 crores. According to the natioanl youth policy it is the 40% of total population of India.
The role of this vast segment of humanity for national development and international order can , therefore , be hardly estimated .
The Indian youth today is anxious to participate in the onward march of democracy and social justice, his dream is to lead a life of dignity and self respect , he wants to pendence a sin ,he wants to work , in the age group or 10-19 which constitutes 21.4% of total population , 78% of them lives in rural and tribal areas .
So , above data represents clear part of youth in the total population of youth . If they all join they can develop the following things

But the problem is that how these youth will join , With ignorance they never join with each other or unite. An education is the primary ladder of all human development , the national youth policy focuses on out of school , the disabled youth , the rural and tribal youth , the frustrated and the unemployed youth , the youth with special disabilities . For such youth non formal system of education , open school and open university is favoured . The UGC has launched a large number of schemes for such youths .

According to Swami Vivekananda


If our youth can follow minimum above five thoughts of Swami Vivekananda in their life , they can easily develop not only India but whole world .

In first thought Swami Vivekananda Said about sacrifice of laziness because the prime responsibility of national development is on the head of youth So , it is very necessary for youth to leave all type of laziness , after this they can develop the nation .

In second thought Swami Vivekananda expresses his thought that only sacrifice is not sufficient but our youth must be strong for fighting against different problem of India . Today India is suffering from poverty , unemployment , violence , high population , defects in moral character , Western culture , dishonesty , corruption , black marketing , fraud , cheating . So , to fight these problems , it is very necessary to become bold , to become strong . Only you can take the responsibility , without you no body can take responsibility .

There are many systems with youth can develop whole nation :-

1. How to Stop Youth Smoking?

2. How to Stop Youth Violence?

3. How to Stop Youth Drinking?

4. How to Stop Youth Gangs?

5. How to Stop Youth Unemployment?

Get Our Free Email Newsletter